We came up with an idea, what if we could synchronize the GitHub repository to a VSTS repository. Then VSTS could see the commits and create the WI links. So that's what we did, and this blog post explains how you can do the same thing.

First things first, you need to create a VSTS Build that points to your GitHub repo. That's easy enough, as support is built right into VSTS builds to do this. Alright, now we have a build that triggers on every GitHub commit/push, and will download the GH repo to the build agent. The next step is to make it push any and all changes into the VSTS repo. To do this I shamelessly copied a snippet of bash from StackOverflow. There is a built-in build task to run a bash script - Shell Script - but that requires you to point it to a script inside your repo, which is more work than I wanted. I just want to write the few lines of bash directly in the build.

Fortunately there is a VSTS extension in the marketplace that lets us do exactly this: https://marketplace.visualstudio.com/items?itemName=tsuyoshiushio.shell-exec

Once I installed that extension into my VSTS account, I can now add it as a task to my build and tell it the bash script I want it to run: Those 3 lines of bash using the git command-line are all it takes. The one tricky bit to figure out was how to make sure it synchronized all branches - even newly created branches - in github into VSTS. The trickery in line 1 and 3 does that.

That script is doing a few things:

The stuff with $SYSTEM_ACCESSTOKEN in line 3 is accessing an environment variable that contains an Oauth token that can be used to communicate with VSTS - in a previous step where we set the option in the VSTS build to make Oauth token available to scripts, is what allows this to work.

There's one thing left to do to make this all work - we need to grant the build service account access to the VSTS repo. We can do this in the repo security screen like so: Now you can push some commits to GitHub and/or create a new branch, and the VSTS build should automatically trigger and synch the VSTS repo up almost immediately. If everything is working you should see build output that looks something like this: 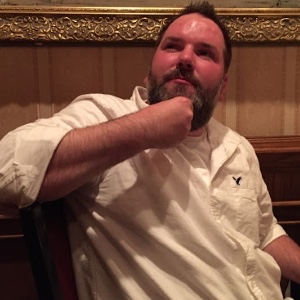